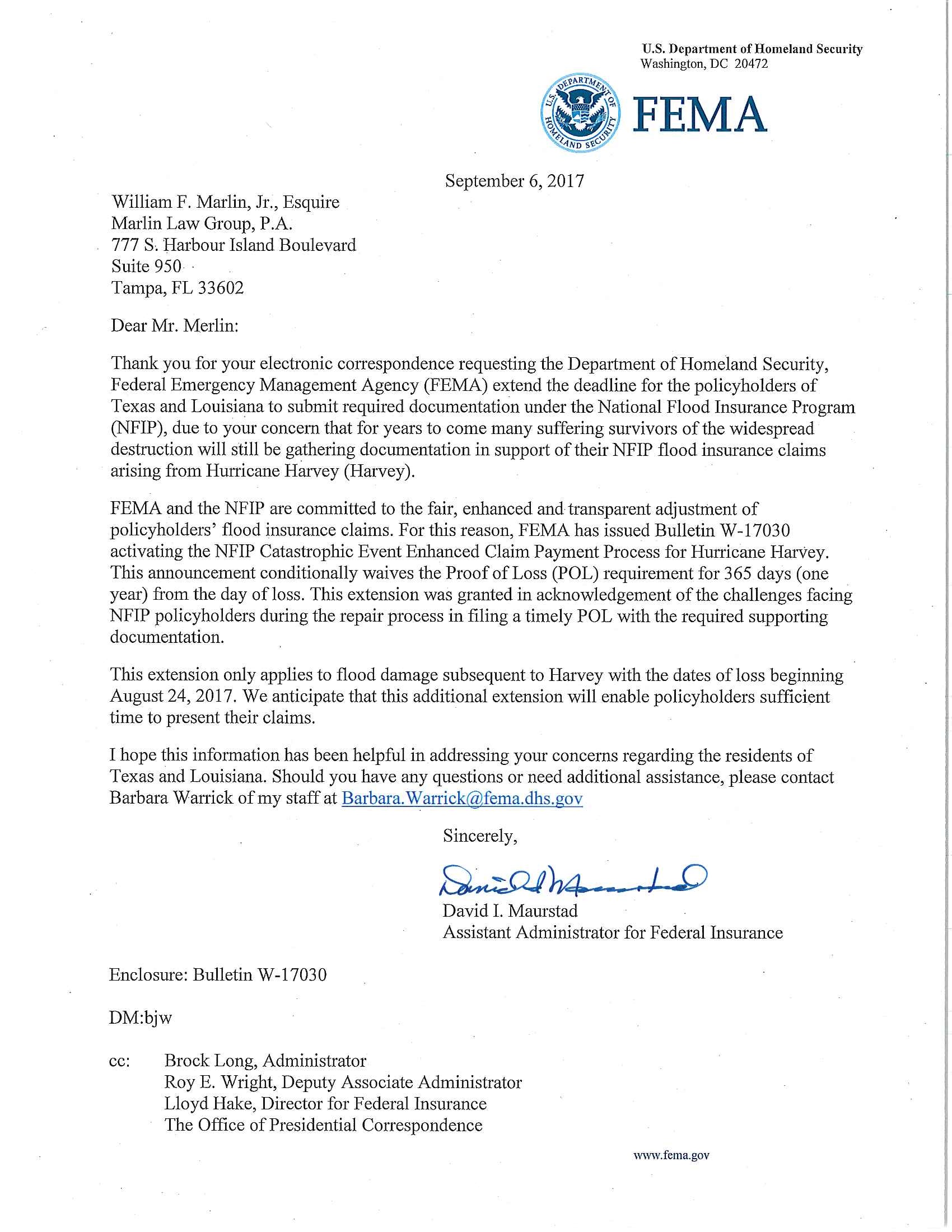 Truthfully, we asked Amy Bach of United Policyholders to help request an immediate extension. As the oldest and largest non-profit organization dedicated solely to advocating for policyholders, she has a lot of pull and respectful working relationships with those administrating the National Flood Program.

We also reached out to John Marini of Adjusters International. John and others in his organization help government entities making FEMA Disaster Grant Claims. They have many long-term relationships with FEMA administrators and they also requested an immediate extension. Many do not realize that local governments also must make claims just like anybody else. The Merlin Law Group assisted 23 New Jersey municipal governments with their claims following Superstorm Sandy.